Latin American Masters presents “Faces In The Landscape”, recent paintings by José Bedia (Cuba, b. 1959, immigrated to the United States in 1993).  Bedia’s art is characterized by a distinctive graphic power that cuts across the mediums of drawing, painting and installation. His work often features sleek, long-limbed figures of humans, animals, and human/animal hybrids. Bedia is inspired by his field studies of tribal cultures, particularly those of Africa and the Americas. From the beginning of his career, Bedia’s art has explored the tensions between techno-industrial “progress” and an animist spiritual universe.

The largest painting in the current exhibition, “Followed by the Storm”, (72 x 209 inches) features a cluster of storm clouds shooting lightening bolts.  The heads of lions emerge from darkened clouds, as a terrified antelope runs below and a commercial jetliner, dwarfed by the scale of the storm, edges perilously close to disaster. Bedia’s narrative speaks to the shared vulnerabilities of man and animal. 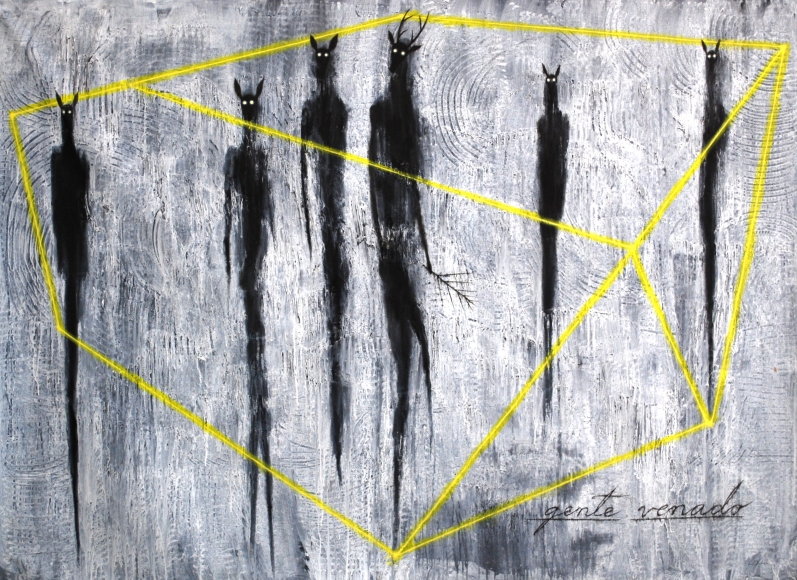 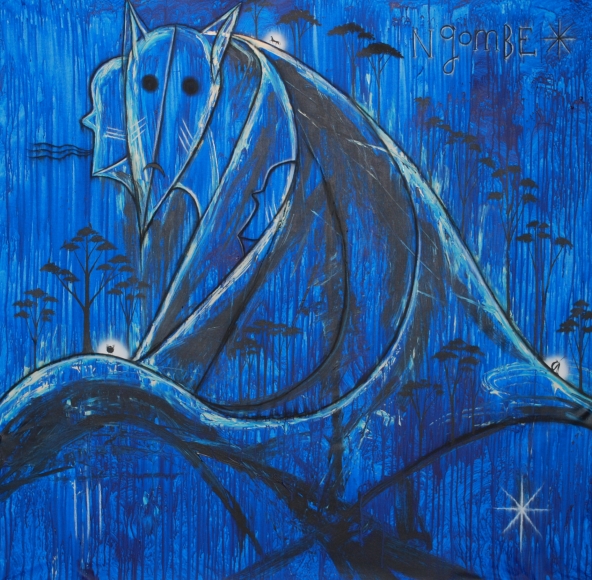 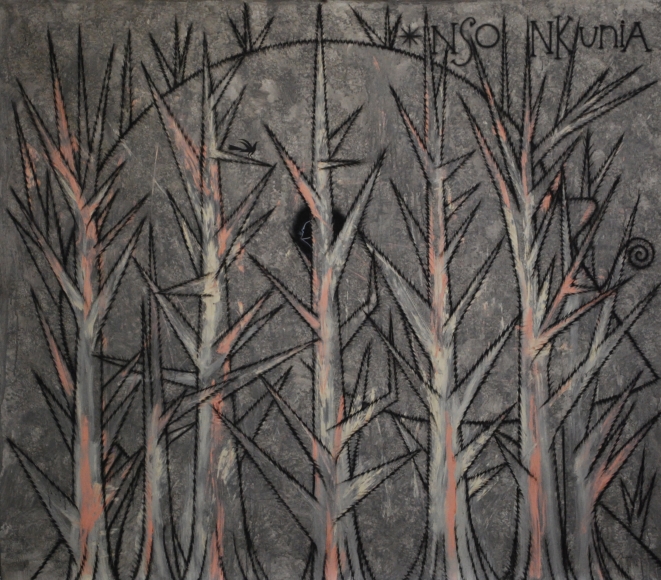 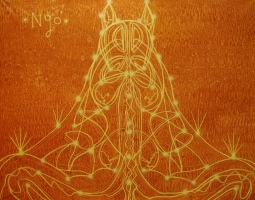 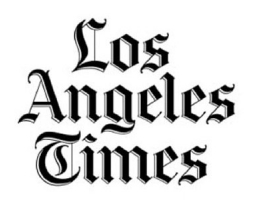