Julio Valdez’s exhibition, New Water Paintings, features large, monochromatic paintings that have the light saturated allure and spatial ambiguity of the ocean. The entire series is characterized by transparency and a certain visual instability that leads the viewer to follow oscillating lines and shades of color that whirl like underlying currents, and highlight the shared fluidity of medium and subject.

These paintings are more than formal exercises or records of observed phenomena. Valdez’s water paintings are aquatic theatres, staging grounds for the artist’s reflections on his personal life, and the collective histories of the Caribbean. Valdez has said,  “the ocean is both a blessing and a curse”, an acknowledgement that for all its abundance and majesty, the ocean may imprison and exile the islander from the wider world. In Valdez’s water paintings the viewer enters a world where nature and consciousness co-mingle, where the sensuality of the tropics meets the isolation of the island man, and where dreams of transit are tempered by the weight of history. 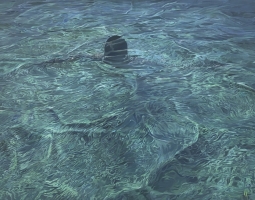 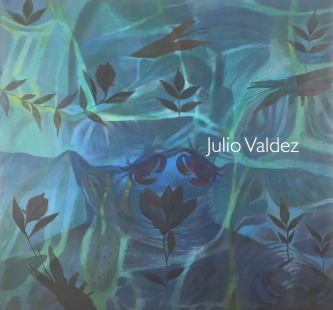 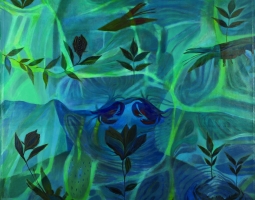